Kamakura has lots of notable temples, shrines and other historical monuments. In addition to that, its beaches are popular during the summer season.

The following data show the changes in the number of tourists who visited Kamakura between 1989 and 2016. 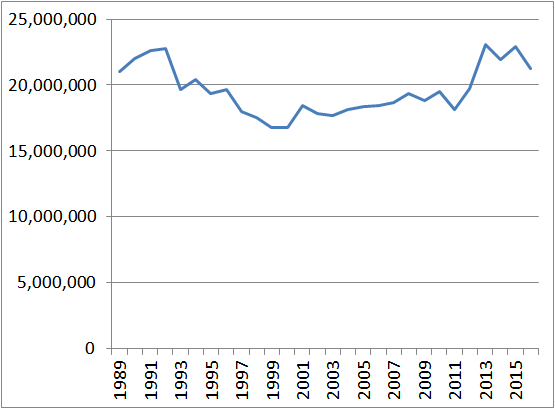 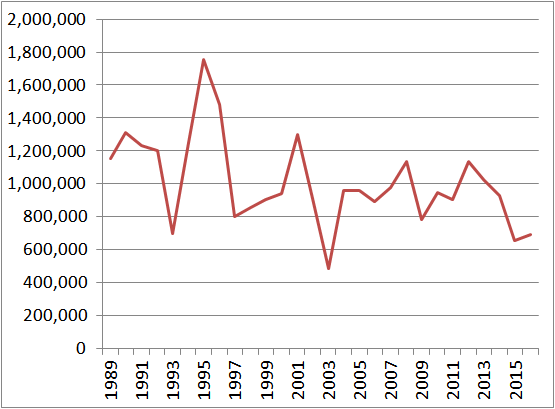 There is a decreasing trend of the number of sea bathers who came to Kamakura beach.

« Number of Establishments in Japan by Pr… List of Notable Fire Disasters in Japan,… »
Profile