Due to the corona virus, the tourism industry is in the terrible situation. In 2019, the average number of people using hotels was about 49 million per month. Last year (2020), its number was reduced to 24 million. Nearly half of the demand has disappeared.

Figure: Number of tourists that have stayed in hotels in Japan, 2019 July - 2020 October 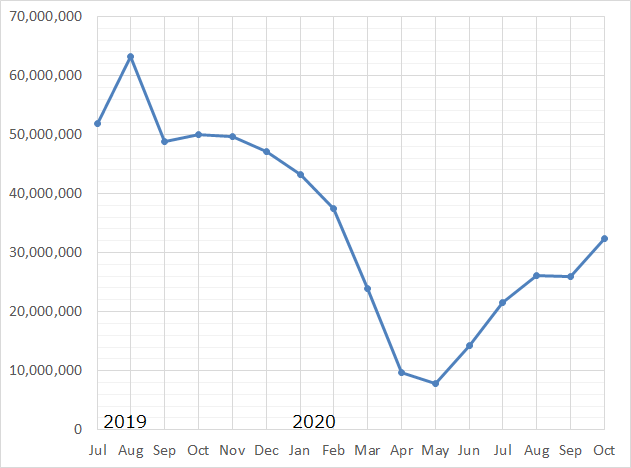 The government handed out subsidies to tourists and encouraged them to go sightseeing. As a result, the number of tourists increased after summer. However, since winter, the number of corona cases has increased again, and people have refrained from traveling.

The situation of travelers from overseas is still worse. The number of international visitors who stayed hotels decreased by 97% compared to 2019. 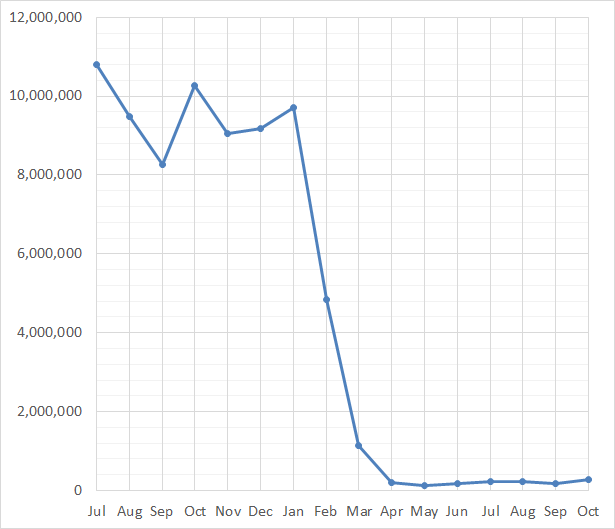 As of January 31, foreigners from all countries and regions are not allowed to enter Japan due to the state of emergency.

« Changes in Sales in the Restaurant Indu… Motor Vehicle Deaths in Japan, 2020 »
Profile