Top > Sports > Tokyo Olympic, Game Venue Area is Off Limits to Locals, Like a Military Base

Last Sunday (August 1st) I walked to Oi Pier Central Seaside Park. At that time, the men's hockey quarterfinals were played at Oi Hockey Stadium in the park.

Sadly, I have not seen anything about hockey games there. Spectators cannot enter the stadium at this Olympic Games. And we are not allowed to enter the area around the stadium, also.

Every entrance to access the stadium were blocked by walls. 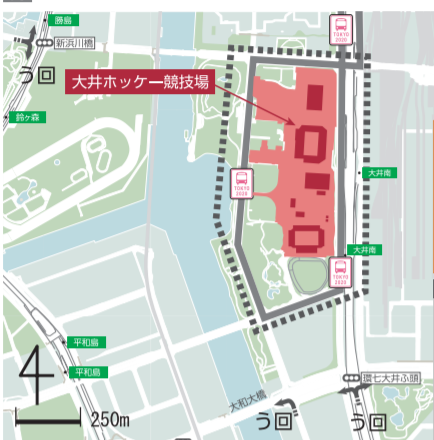 It is not allowed to enter the red zone in the above. The red square with the arrow is the main stadium. 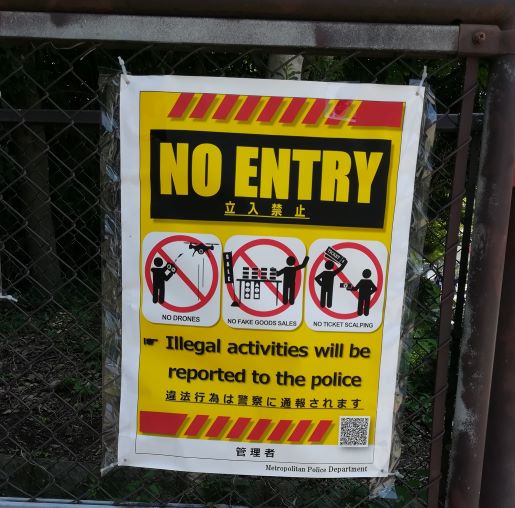 It looked like a military base, or a maximum security lab.

I took some photos at the following points. 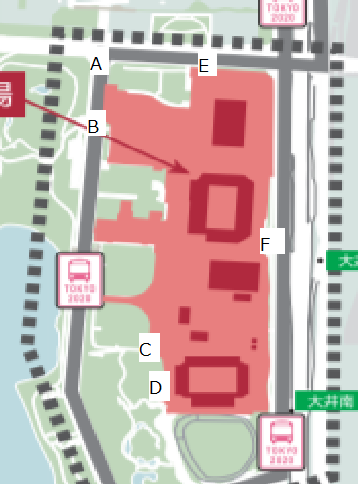 Below is Point A, supposed to be the entrance for spectators

It was the day of men's quarterfinals. 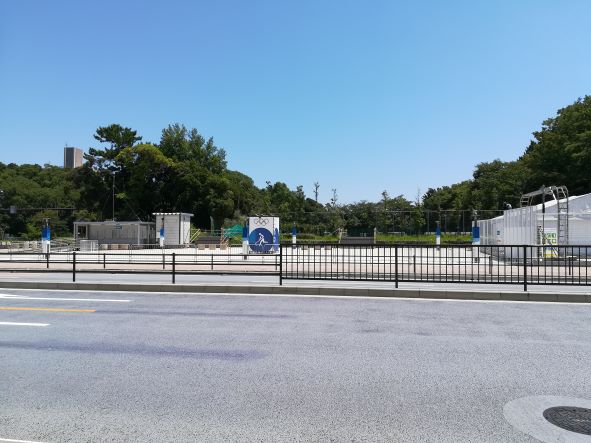 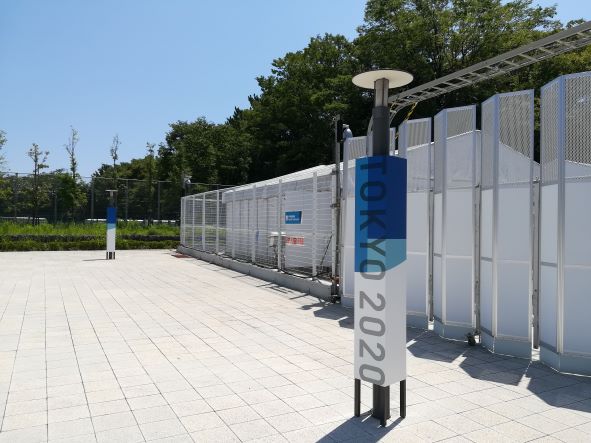 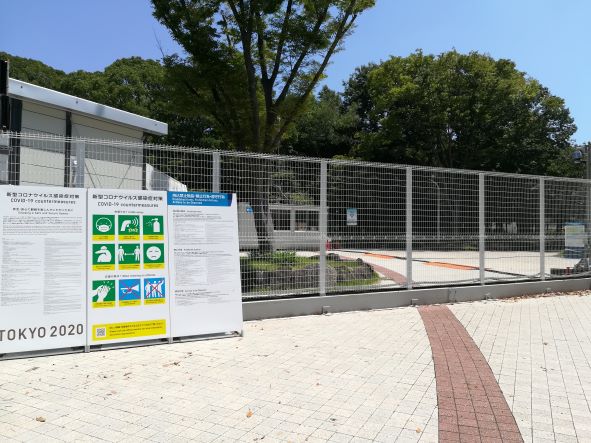 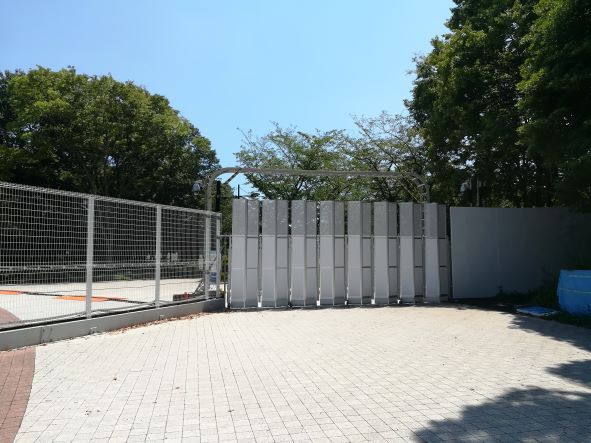 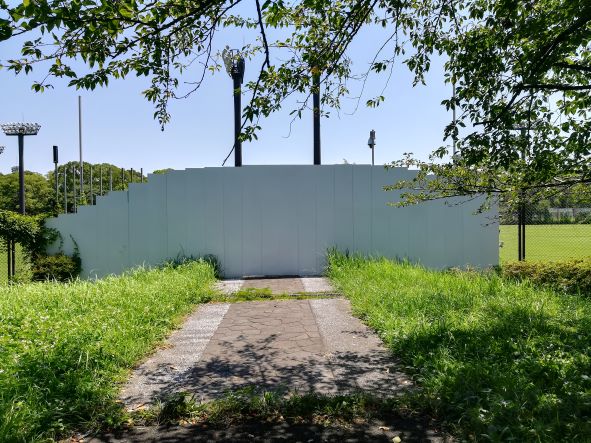 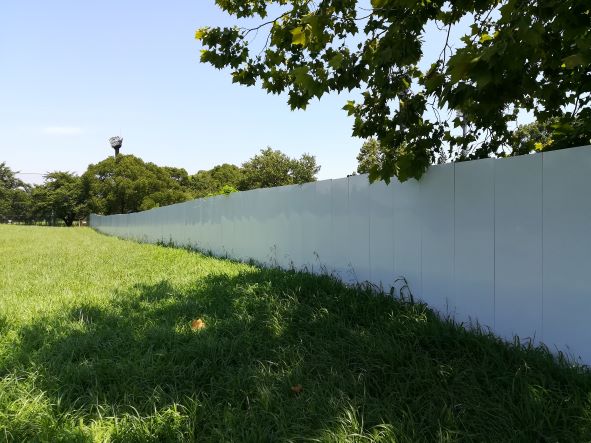 Point E: That is not the main stadium, but a track 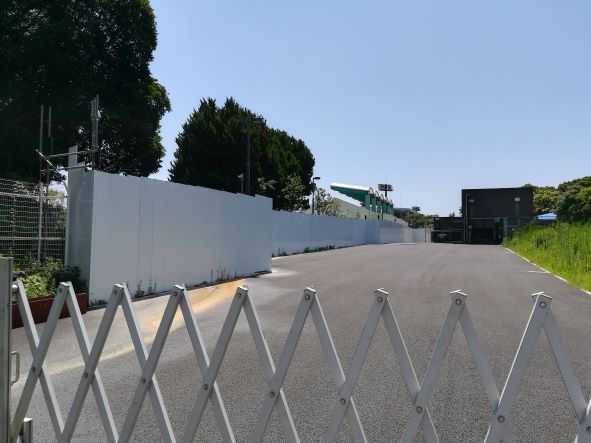 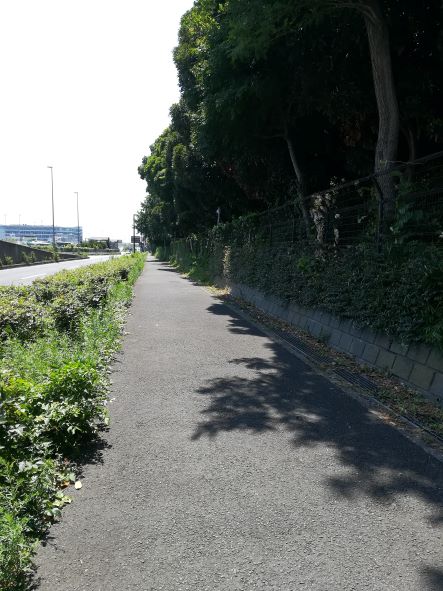 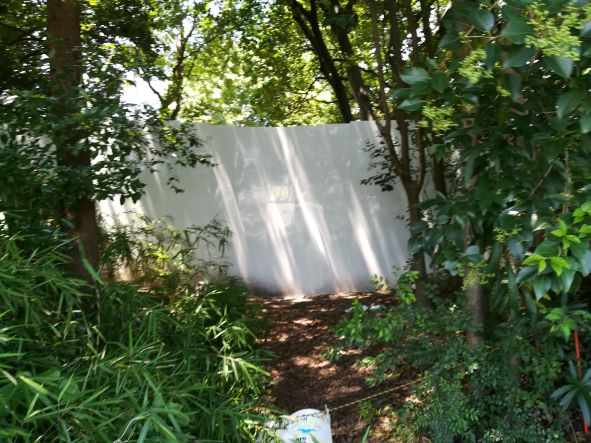 It was the most boring Olympic Games ever for the local people.

Please spread it to the world.