In 2014, the college-going rate is 53.8% in Japan, according to a survey by Ministry of Health, Labour and Welfare. A breakdown by prefecture revealed that Tokyo has the highest rate 66.1%, followed by Kyoto 65.6% and Kanagawa 61%. Only these three prefectures exceeded 60%. There are many colleges/universities in the three prefectures, so students can easily go to colleges.

The lowest rate was recorded in Okinawa 37.7%. Kagoshima 41% and Hokkaido 41.3% are also have lower rates. These prefectures are far from Tokyo. Maybe it is too costly to go to colleges. 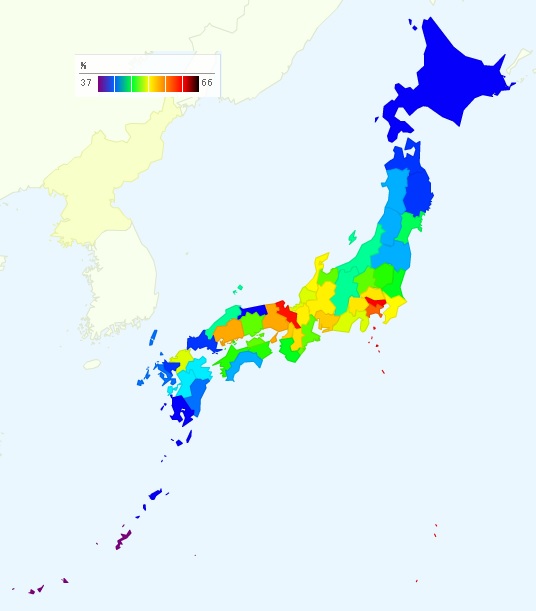