National Police Agency reported that 4113 of people were killed by car accidents in 2014. It includes the victims only who died within 24 hours after the accidents.

The number of victims decreased by 260 from 2013, and the numbers are dropping for 14 consecutive years.

The following figure shows the rate of motor vehicle deaths by prefecture in 2014. 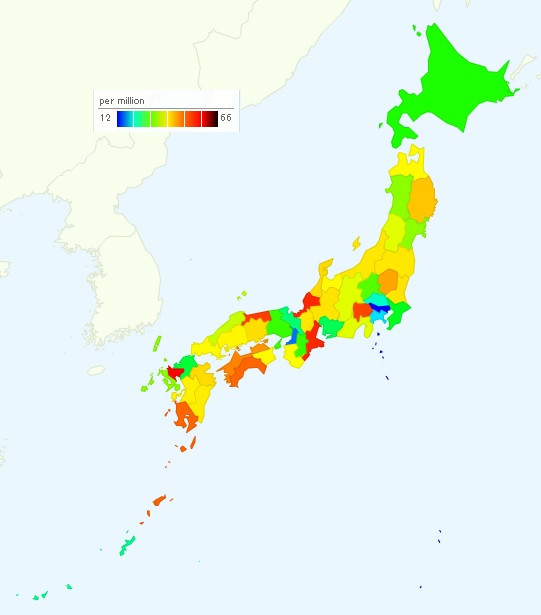