National Institute of Population and Social Security Research reports the average age by prefecture every year. The following shows the latest 2013 data.

Okinawa has the youngest number, and Akita has the oldest. 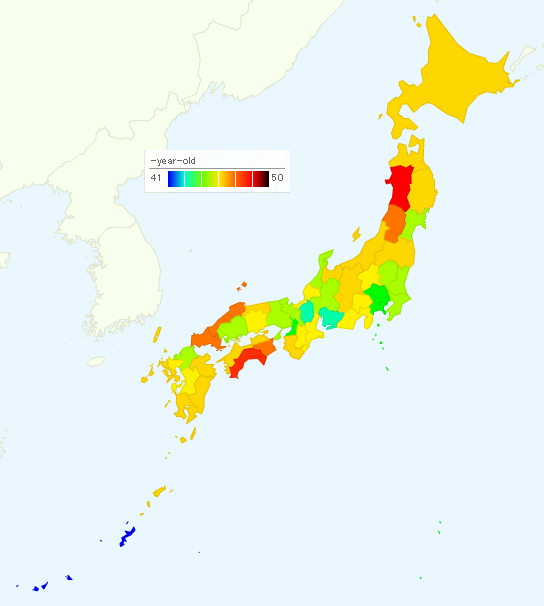