Top > Animal > From Which Country Are Hamsters Imported Into Japan?

Fact: Some hamsters are imported. 285,473 hamsters were imported into Japan last year (2013). Korea was the largest supplier. They exported 184,125 hamsters to Japan. The second was Taiwan. 64,446 hamsters came from Taiwan. Czech Republic was the third. Despite of long distance transport from Eastern Europe to Far East, 36,003 hamsters headed to Japan. Is Czech famous as a hamster producer?

Table: The number of imported hamsters to Japan by exporter (country), 2013 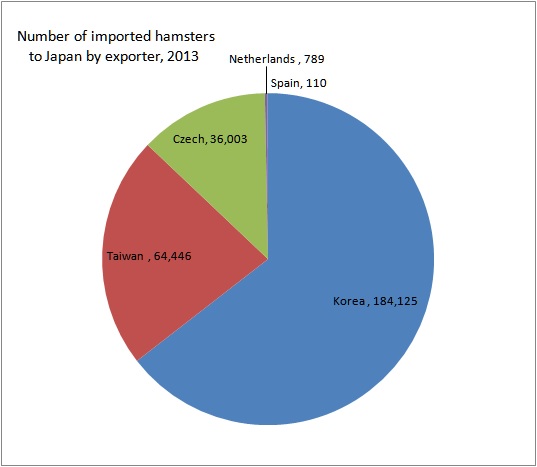 Source is Ministry of Health, Labour and Welfare. 我が国の動物の輸入状況について