Top > Market share > What European/American Car is Popular in Japan?

Japan Automobile Importers Association reported the number of registered cars which were imported to Japan from all over the world. According to the data as of 2013 March, the number of Volkswagen was the biggest. Approximately 656 thousands Volkswagen cars run in Japan. From the top place to the 4th place in the ranking, German manufacturers occupied the seats.

Figure : Registered Imported-Cars in Japan as of 2013 March 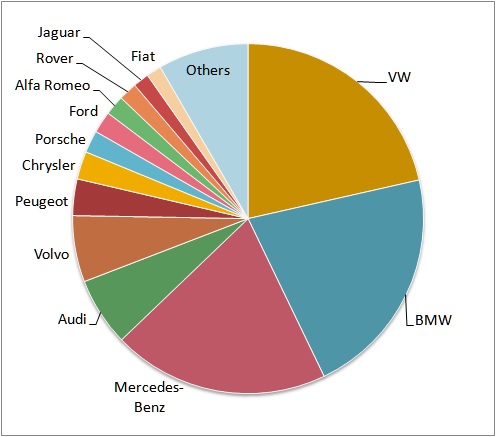