According to Japan Electronics and Information Technology Industries Association, 3.04 million Blu-ray Disc recorders were sold in 2013 in Japan. The total shipment in 2013 decreased by 6.9% from 2012. In 2013 the sales of TVs and recorders were not good.

Sony was the third place in 2012, but they came up to the second place in 2013. The Sony's new model recorders were sold well. 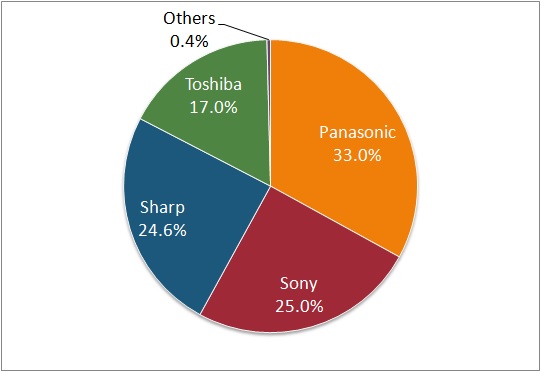