The following shows the 2013 digital camera market share in Japan which was calculated by IDC Japan. The total shipment in 2013 was 7.9 million cameras. 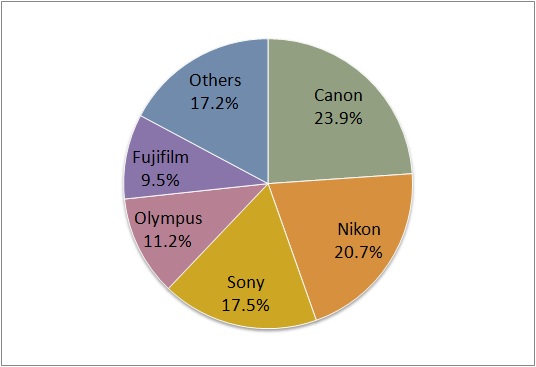 The market share of interchangeable lens digital cameras (ILDC) increased by 27.7% from 2012. Each of the Big 3 (Canon, Nikon, Sony) expanded their market shares. Fujifilm ranked up to 5th place from below the top 5.