I did not imagine that Xbox is horribly unpopular in Japan.

Only three players exist in this field, the total share of three (Nintendo, Sony, Microsoft) was 100%. The total shipment was 7.962 million machines.

Personally speaking, my kids have Nintendo (3DS and Wii). I used to have Sony PSP which was a gift from my friend. My family has never had Xbox. 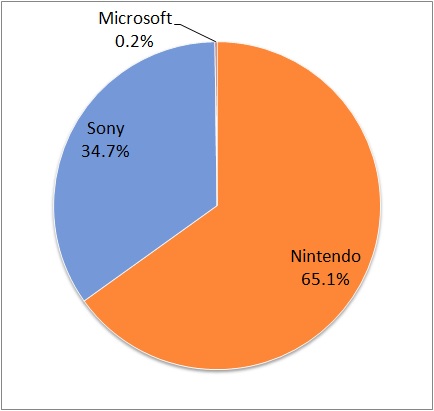