Japan Automobile Importers Association released the data of the imported car market share in Japan. According to the report, 278,864 cars were imported to Japan in 2013. Among them, Volkswagen had the highest market share (24.1%). Please see "What European/American Car is Popular in Japan?" also.

Here is the market share of imported cars in Japan, 2013. 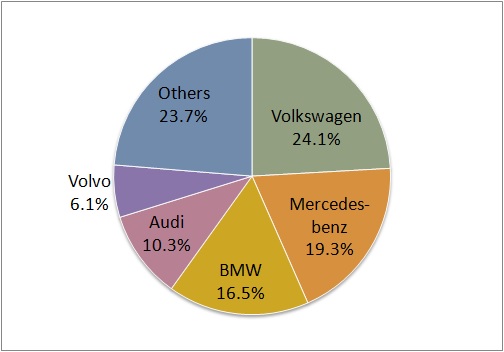