Fare of Kyushu-Shinkansen was raised on April 1st 2014. Here is the new fare table for JR Kyushu-Shinkansen (unit: yen). It is valid from 2014 April 1st. Upper row means basic fare and lower row means express fare. You need to pay both of them for Shinkansen. For instance, from Kagoshima-Chuo to Shin-Osaka you have to pay 12090+9810 total 21900 yen.

For short-stay foreign visitors, JR Rail Pass is the first choice to use Shinkansen with reasonable cost.

The above table covers the following stations.

The below is the "season" calender. Blue indicates Off season. Pink indicates Peak season. 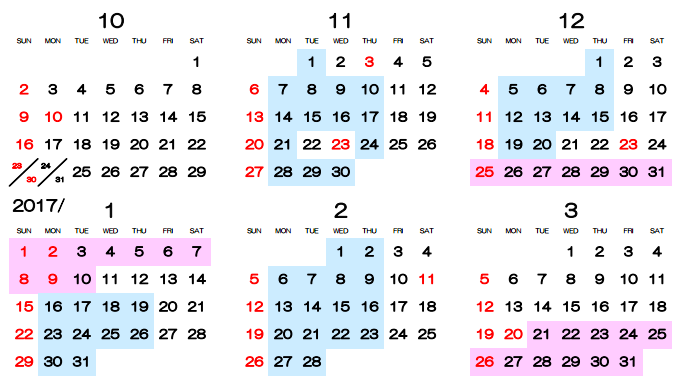 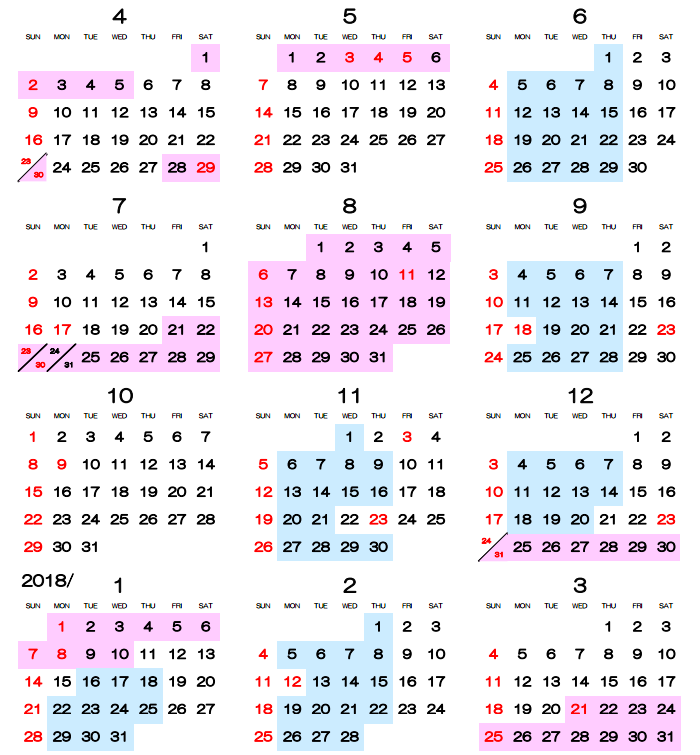 TOC of Statistics/Rankings/Graphs is here.