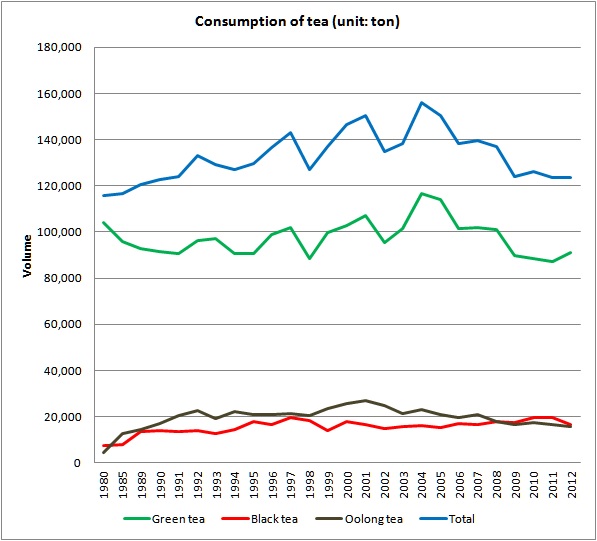 Table2: Purchased volume of tea in a year 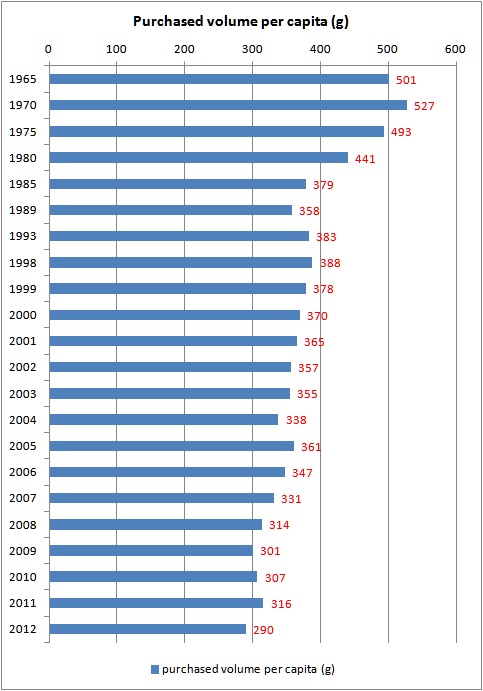 Source of table 1,2 is Japanese Association of Tea Production.

The following table shows consumption of green tea by notable city. It is the average figure from 2010 to 2012. People in Shizuoka and Hamamatsu (both are in Shizuoka prefecture) drink tea much. Shizuoka is a major producer of tea. 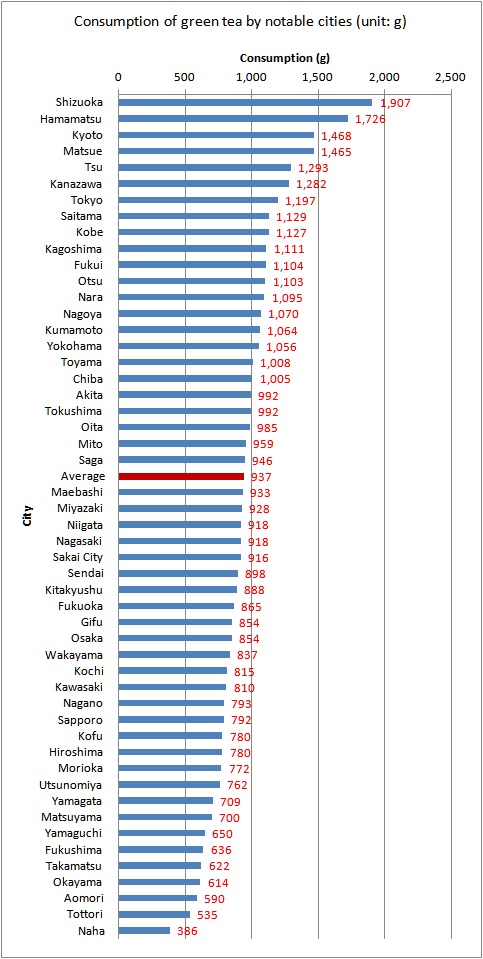 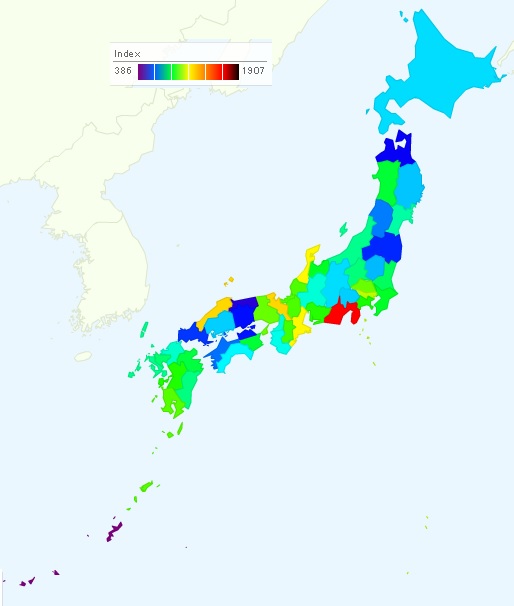 Next table shows consumption of black tea (like Assam, Darjeeling). It is the average figure from 2010 to 2012. Top 3 cities (Kobe, Nagasaki, Yokohama) are known as traditional port towns. 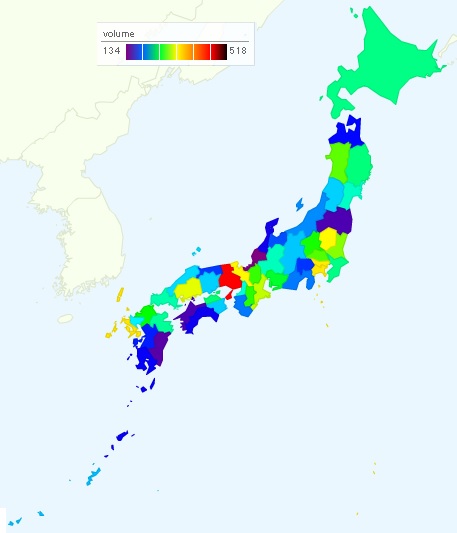 Source of table3,4 is Statistics Bureau, Ministry of Internal Affairs and Communications.