According to the research conducted by Ministry of Internal Affairs and Communications, 12.1% of the residents in Japan had tablet PCs in 2013. The penetration rate was highest in Tokyo (18.7%), followed by Kyoto, Fukuoka. Those three regions are populated prefectures. In other populated regions, Osaka and Aichi, the rates were not so high.

It is just the beginning of tablet spread, I think rates are varied currently. 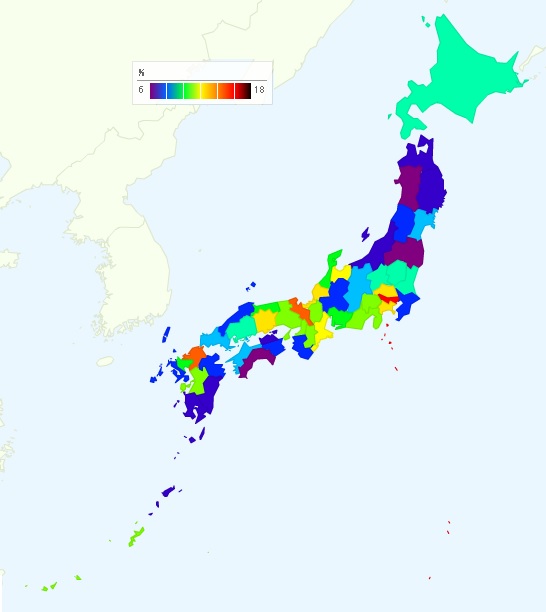