The following data show the total number of reported HIV carriers in Japan by prefecture, 1985 to 2015. 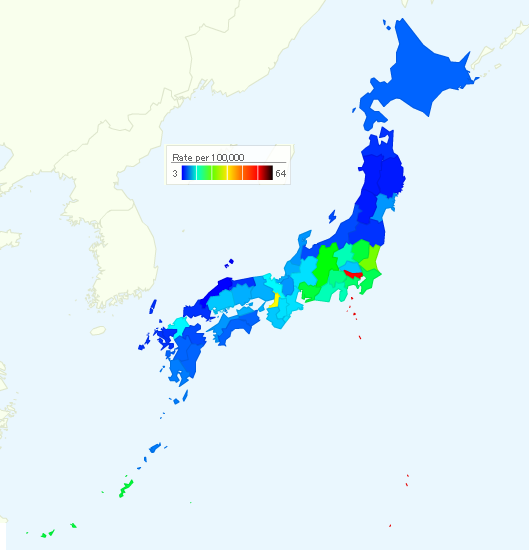 « Percentage of Single Men in 20s Who Don… Number of HIV Carriers in Japan by Age,… »
Profile