The below shows yearly apple consumption per capita by city in Japan. Unit is gram. It is the average figure from 2011 to 2013. The survey was conducted by Japanese government and target people were families which consist of more than two members. So this data does not include single households.

Top cities (No.1 Aomori - No.6 Yamagata) are major producers of apple. 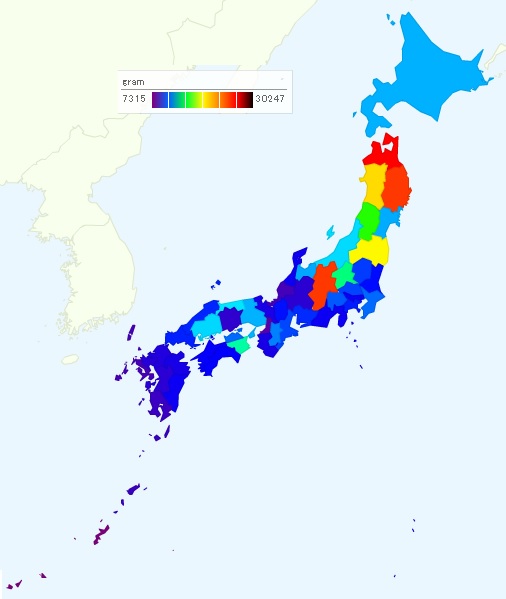