The following table presents the purchased volume of chicken by city in Japan. Unit is gram. It is the average figure from 2011 to 2013. The survey was conducted by Japanese government and target people were families which consist of more than two members. So this data does not include single households.

For the reference: Purchased volume of pork 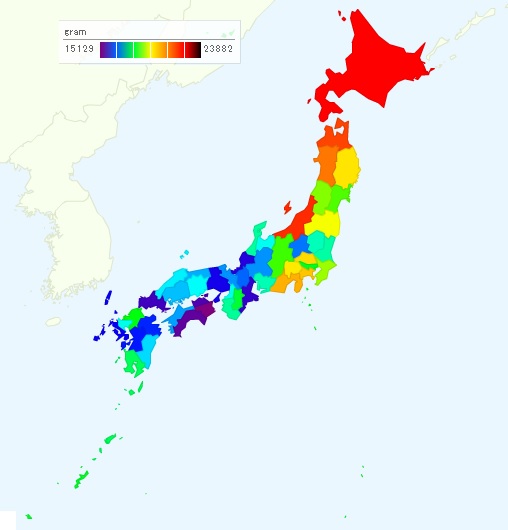 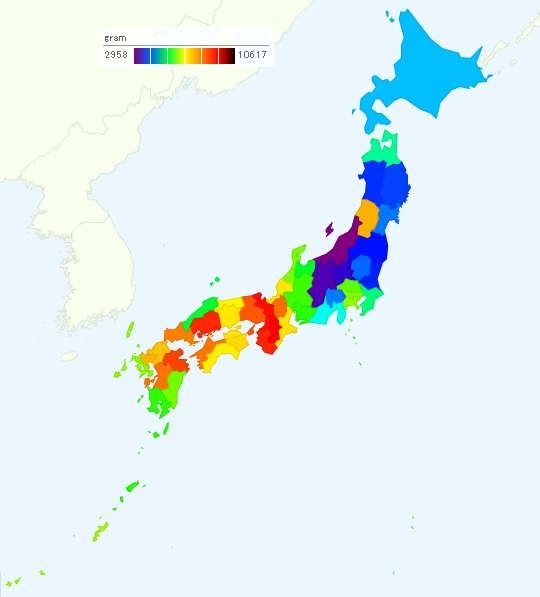 « Notable Earthquakes in March 2014 in Ja… Place where the cat toilet is, place wh… »
Profile