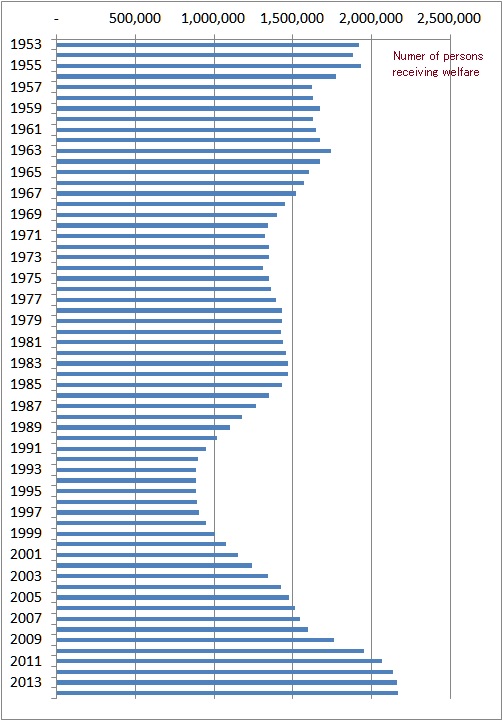 The next data shows the changes in the ratio of people receiving welfare per 1,000. 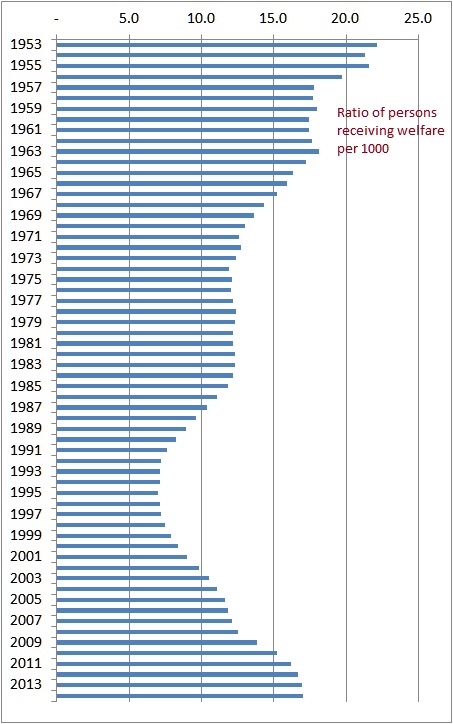 Source is National Institute of Population and Social Security Research.