According to a survey conducted by Ministry of Health, Labour and Welfare in 2014. A certain number of Japanese companies still have seniority rule in their salary system. Workers in 50s get highest salaries among all generations.
The following shows the average annual salaries by age in Japan, 2014.
The figures include tax, so take-home money is less than them. 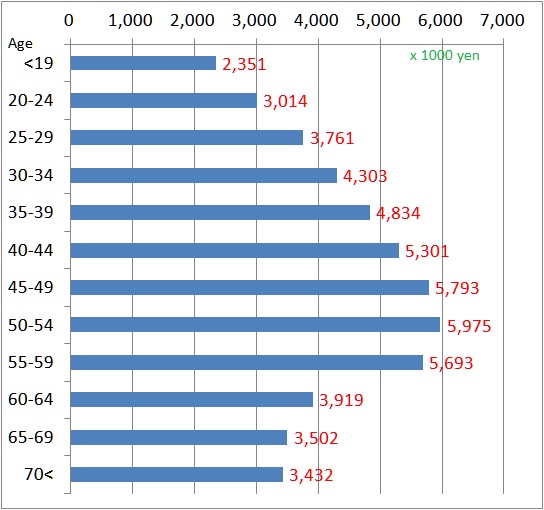