Ministry of Health, Labour and Welfare counts people's deaths and those causes day by day. According to the ministry, 11 persons were murdered in 2014 in Tokyo Metropolitan. The number of murder victims was 29 in 2005. The number of victims has dropped 62%. 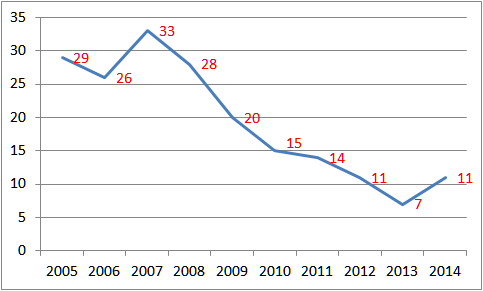 Source is Ministry of Health, Labour and Welfare. 人口動態調査