Last year's (2013) sales of department stores in Japan were 6.4 trillion yen. Nikkei newspaper estimated that Mitsukoshi-Isetan was the biggest chain, having 18.8% of the market share. Recently department stores often merged each other like the below.

In 2007 Daimaru and Matsuzakaya merged.

In 2007 Hankyu and Hanshin merged.

In 2008 Mitsukoshi and Isetan merged.

Finally 2013 market share had become the following. Only Takashimaya is a stand-alone store. 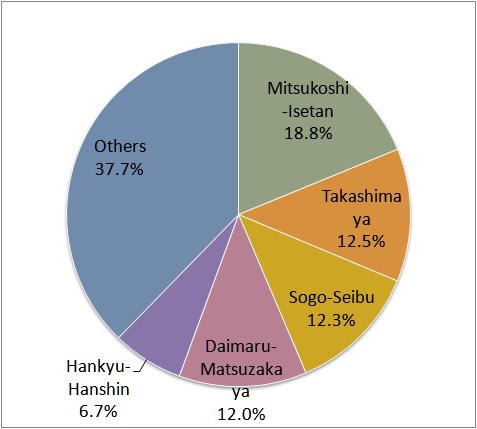