The Japan Electrical Manufacturers' Association reported that total 745,000 induction stoves were sold in 2013. According to Nikkei newspaper's research, Panasonic keeps ahead of the pack in the market (56.3%). Their induction stove works in conjunction with a smartphone. It makes Panasonic stoves popular.

In Japan, we call an induction stove as "IH cooking heater". IH stands for Induction Heating.

The sales of IH cooking heater increased by 1.1% from 2012 (calculated by The Japan Electrical Manufacturers' Association). 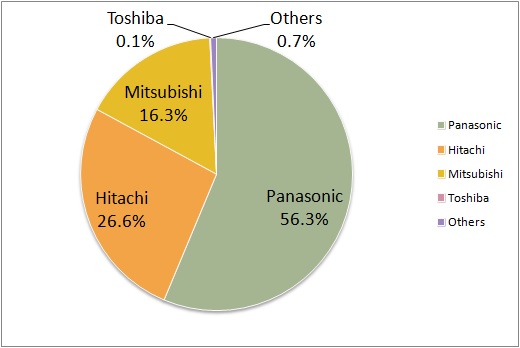