Nikkei newspaper estimated the 2013 washing machine market share in Japan. According to it, Hitachi Appliances had the biggest share (29.3%). 4.768 million washing machines were sold in 2013. The total sales decreased by 1.2% from 2012. 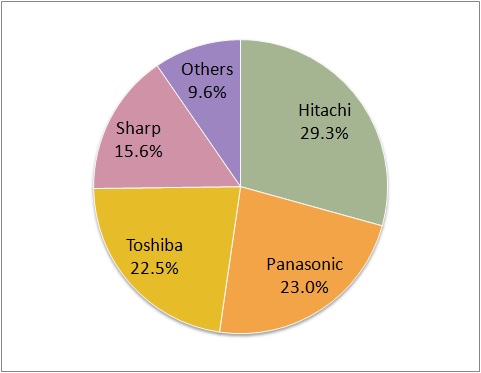