Figure : Average attendance of a baseball game by year 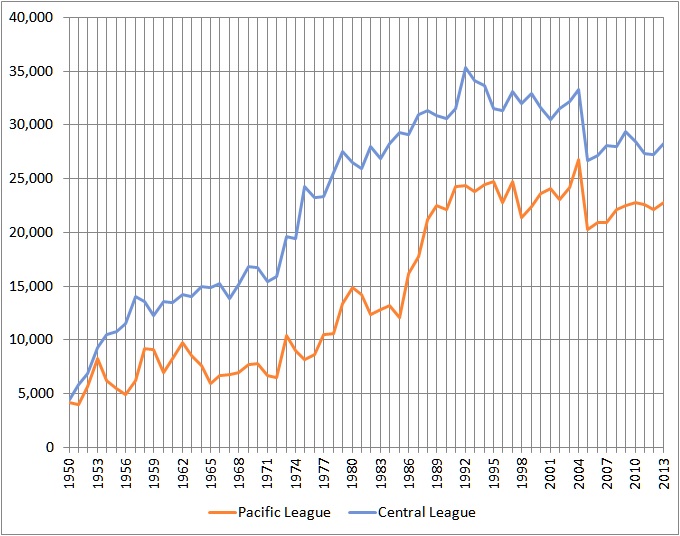 NPB changed their counting method in 2005. Since then, the numbers have dropped. In the present days, the figure means the number of sold tickets. So it includes someone who did not show up at the game in despite of having a ticket.

It is widely believed these figures are watered numbers. It means that the number of actual attendees was less than the record. Each host team reports the fake number to pretend they are popular.

The game's attendance figure is announced in the stadium during the game. Some fan laugh at the exaggerated number when they heard it. "I can't see one third of them."