Nikkei Sangyo Shimbun newspaper reported 2013 memory card market share in Japan. According to it, California-based manufacturer Sandisk had the largest share, followed by Toshiba (Japan), Transcend (Taiwan). 5.4 million cards were sold in 2013 in Japan. The total sales decreased by 9.7% from 2012. The digital camera market is decreasing, so the demand of SD cards which are often bought with a camera is also decreasing. 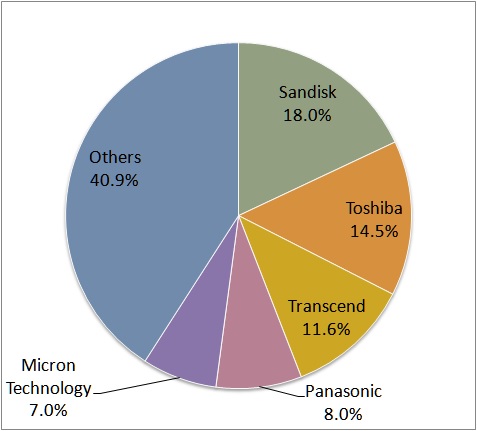