The Japan Electrical Manufacturers' Association reported that total 3,823 million refrigerators were sold in Japan in 2015. The sales in 2015 decreased by 1.9% from 2014.

According to Nikkei newspaper, the most popular refrigerator was Panasonic product. Panasonic had the largest share (22.7%), followed by Sharp, Hitachi, Mitsubishi and Toshiba. In the refrigerator market, still many manufacturers compete one another. 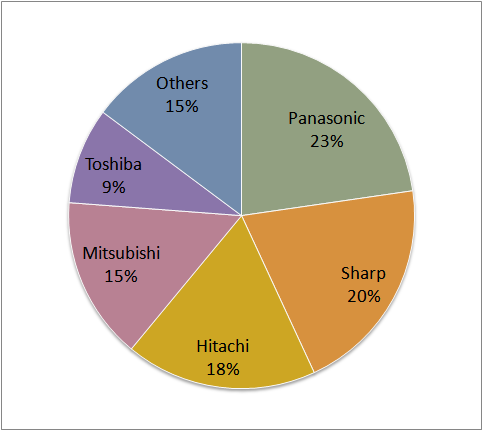