Recently, many houses or buildings have solar panels on their roof for photovoltaic generation. So, currently the solar cell market is expanding. According to Japan Photovoltaic Energy Association, the total shipment in 2013 was 8.5 million kW (www.jpea.gr.jp/pdf/statistics/module_all.pdf). It was 2.2 times volume of 2012's.

Nikkei newspaper estimated the last year's (2013) market share of solar cell in Japan as the following. 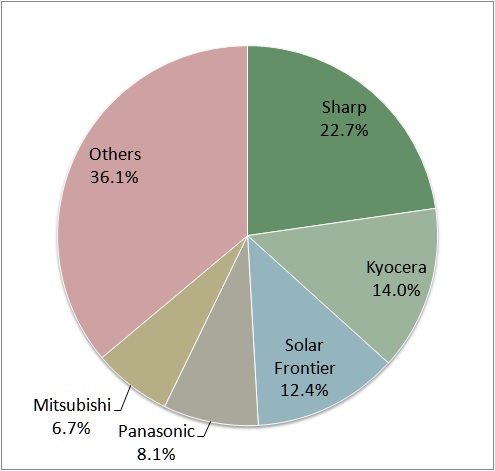