In terms of cell phones and smartphones, Apple was the top supplier in Japan in 2013. Apple was also the number one supplier of tablet PC in Japan. The tablet PC market share of Apple was 43.8% in 2013. Tablet PC top 5 suppliers were Apple, Asus, Microsoft, Amazon and Sony. The total number of shipments was 7.43 million.
Fujitsu and Lenovo have come from behind recently. In the 4th quarter of 2013, top 5 suppliers were Apple, Asus, Microsoft, Fujitsu and Lenovo. 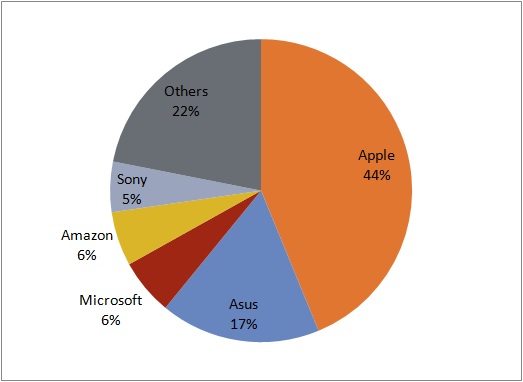