Other Manufacturers are Epson, Onkyo, Mouse Computer, Sony, Panasonic, Asus, Acer and so on. 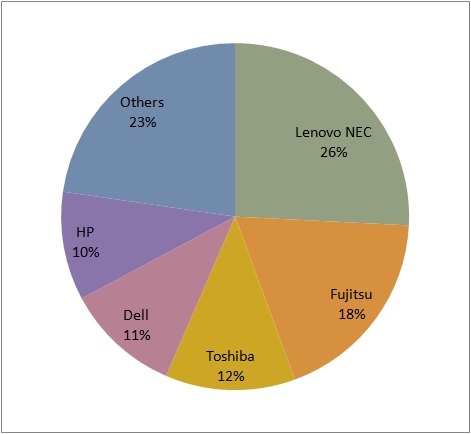 Source is Nikkei Sangyo Shimbun, the article on 2014 July 28th, and IDC Japan.