On July 28th Japanese newspaper Nikkei Sangyo Shimbun reported the 2013's market share of cellphone in Japan. The total volume of shipments was 39.41 million phones in 2013. This data includes both of smartphones and conventional cell phones. Apple was the largest supplier in 2013. The market share of Samsung was 5.7%, in the 6th place.

In terms of smartphones, the leading supplier is Apple, followed by Sony, Sharp, Fujitsu, Samsung. 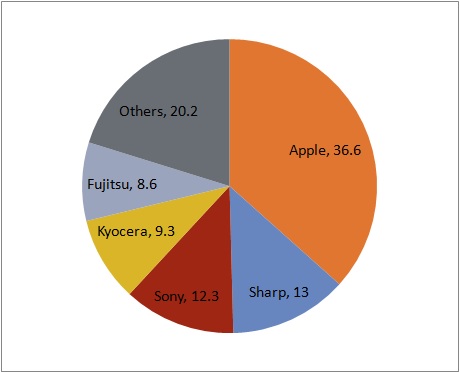