Nikkei press reported 2013 women's underwear market share in Japan. According to it, the total sales in 2013 were 352 billion yen. The top supplier was Kyoto-based Wacoal (38.2%). The runner up was Swiss-based Triumph. These two companies occupied 50% of the market. 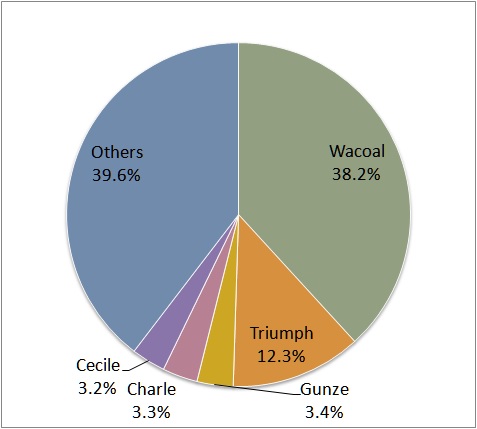 « Average Annual Salary by Occupation, in… What Time Tokyo Residents Get Home From… »
Profile