The following shows 2015 market share of cellphones in Japan which was calculated by MM Research. The total shipment in 2015 was 36.58 million cellphones. It decreased by 3.4% from 2014.

Sony went up to the second place. On the other hand, Sharp dropped to the third place. 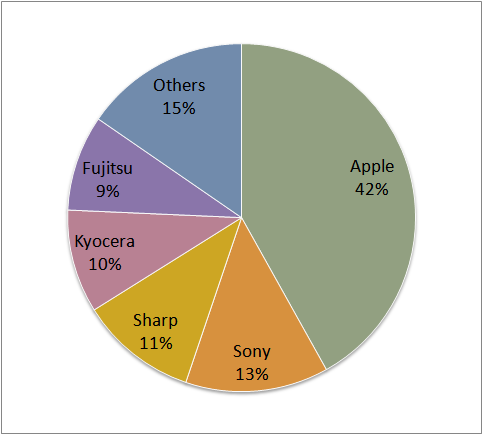