Nikkei press estimated the 2013 market share of cold medicine sold at pharmacy stores in Japan. According to it, the 2013 total sales were 93.7 billion yen. It increased by 0.5% from 2012. Taisho Pharmaceutical was the largest supplier. 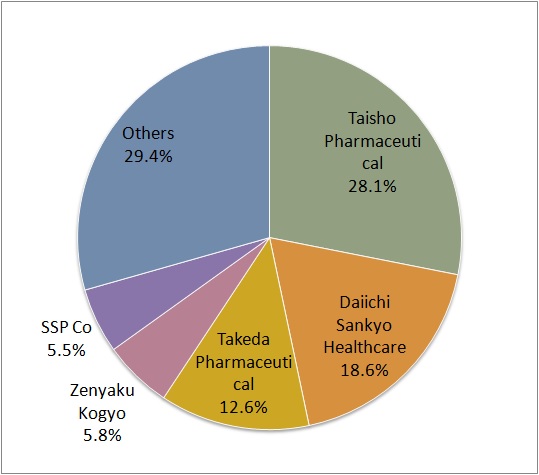