Ministry of Internal Affairs and Communications conducts surveys of people's "time use" every 5 years. The latest survey was taken in 2011.

Many workers in the Greater Tokyo take much time to commute to work. But the average time of statistics tells "commuting time is not so long". Because the statistics include data of weekends and part-timers who work near their homes. To see more realistic figure, I picked up one data "commuting time of working husbands who has under 6 years-old kid(s)".

According to it, residents in the Greater Tokyo (Kanagawa, Saitama, Chiba, Tokyo regions) consume much time for commuting relatively. Nara is a suburb of the big city Osaka.

Please see also another article Commuting Time of Workers in Tokyo. It tells the average time is 58 minutes (one-way) in the Greater Tokyo. I think those stats are more realistic to my personal impression.

Figure: Average commuting time (round trip) of working husbands who has under 6 years-old kid(s), in 2011 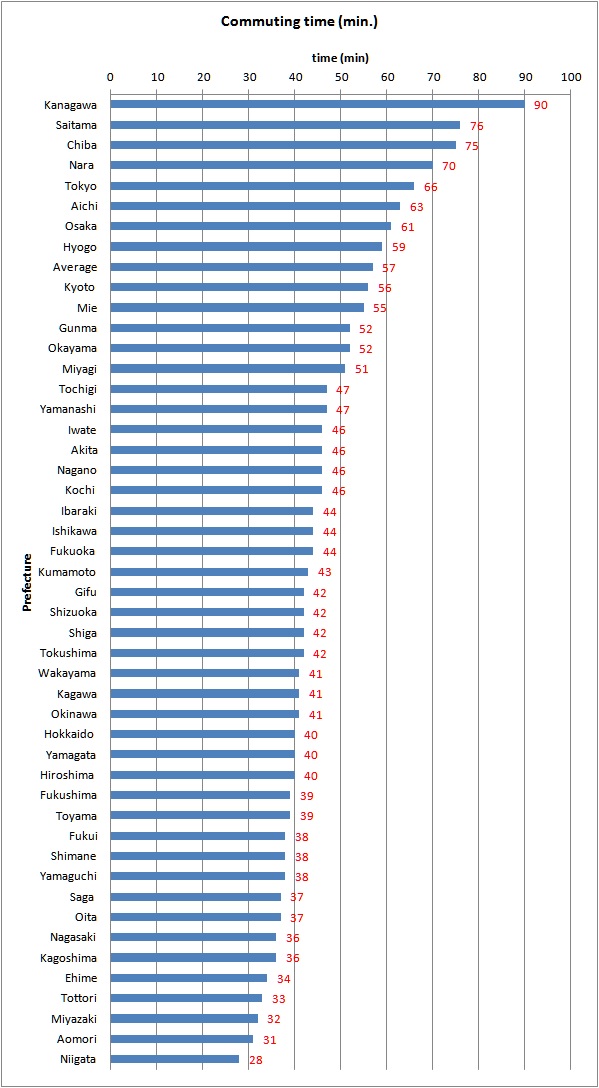 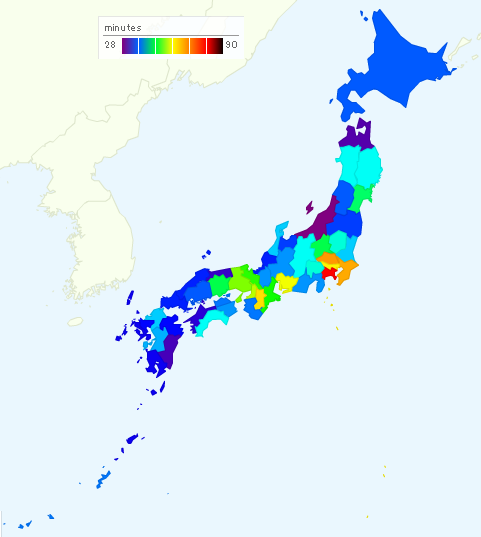