The Japanese government has statistics of people's houses. According to its 2014 statistics, 70% of Tokyo residents live in flats or apartment houses (not stand-alone house, not detached house). The figure below shows the ratio of flats/apartment houses by prefecture.

Red means most of people live in flats, blue means many live in stand-alone houses. 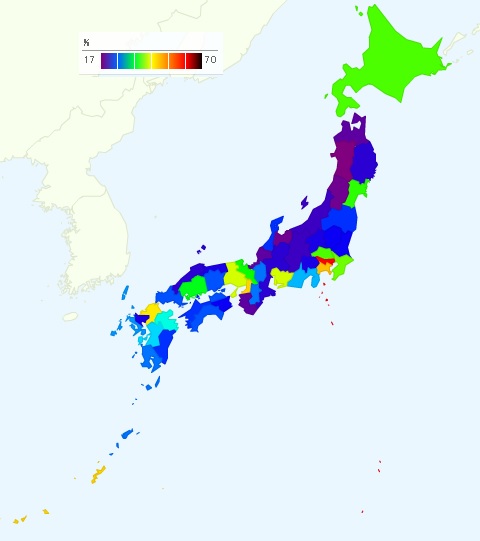 Table: Ratio of Flat/Apartment house by Prefecture in 2014 (unit: %)

I was surprised that many Okinawa people live in flats. Okinawa is not a big city.