The population of Japan in 2013 was 61,909,000 men and 65,388,000 women. The population of women is larger than men's, and the gender ratio (sex ratio) was 94.7. It means men : women = 94.7 : 100
The figure below shows gender ratios by prefecture. In red prefectures, women's ratio is higher, and lower in blue prefectures. Men's population was larger than women's only in Saitama and Kanagawa. Both of them are next to Tokyo. The ratio of men is not so low near Tokyo.
The maximum gap exists in Nagasaki. It seems that women's ratios are higher in far prefectures from Tokyo, except Okinawa.
Figure : Gender ratios by prefecture in 2013 (women =100) 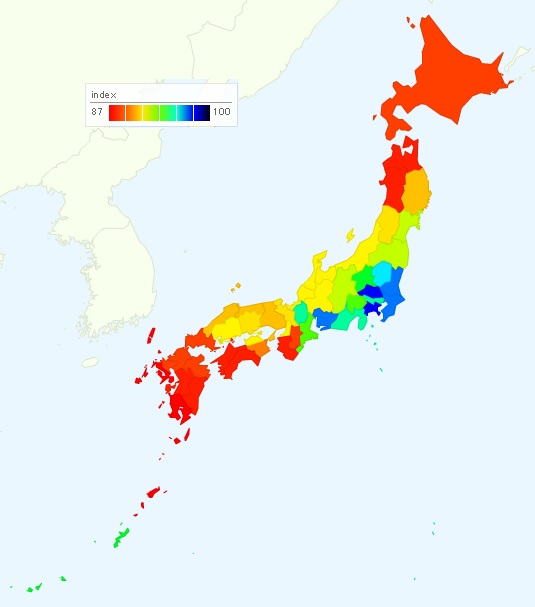