The government estimates the proportion of elderly people will reach 43.8% in Akita in 2040.

The following shows the population aging rate by prefecture in 2013, and the estimated rate in 2040. 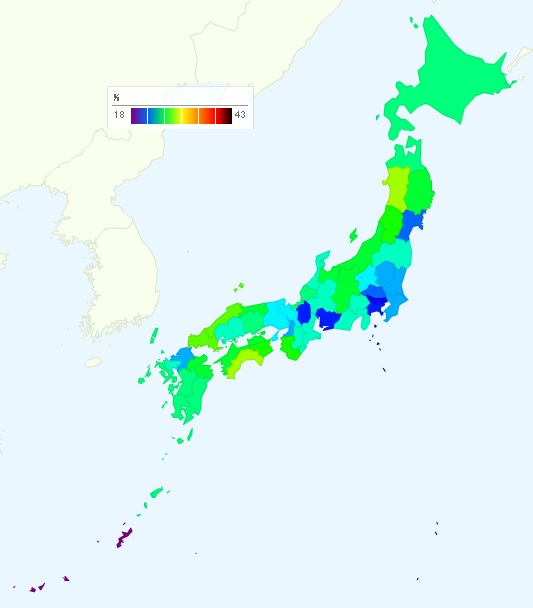 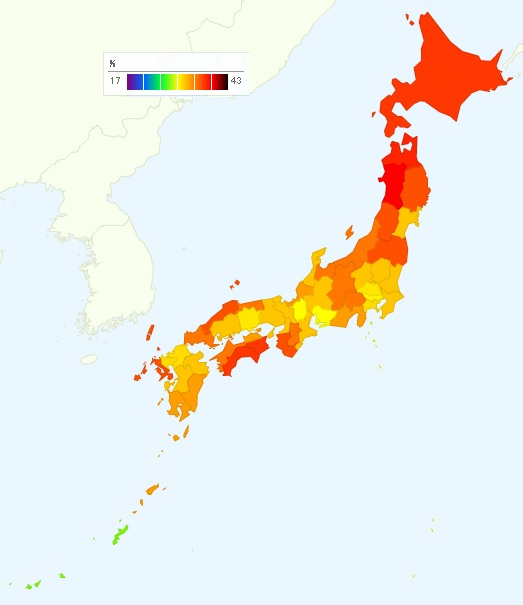