According to a survey by Agency for Cultural Affairs, there are 81,389 shrines in Japan as of 2013 Jan 1. The data below shows the number of shrines by prefecture. Low rate prefectures are Okinawa, Osaka, Tokyo, Kanagawa and Hokkaido. Okinawa has a little bit different culture, so they do not have many shrines. Shrine is a kind of historical place. Populations of Osaka, Kanagawa and Tokyo increased rapidly in modern era, so the rate per population is relatively low. Hokkaido does not have long Japanese history, so they also have low rate. 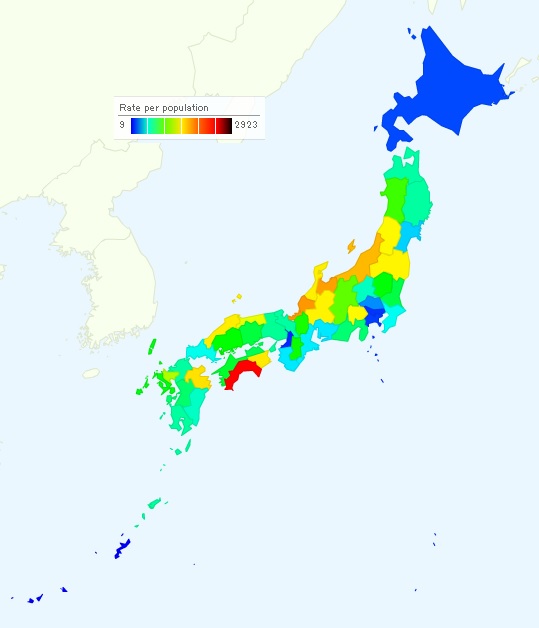 Source is Agency for Cultural Affairs.

« Number of Temples in Japan, 2013 Ratio of Persons Receiving Welfare in J… »
Profile