Nikkei newspaper estimated the 2013 soft drink (non-alcoholic beverage) market share in Japan. According to it, the 2013 total sales were 1.8 billion cases. It increased by 3% from 2012.

Coca-Cola group was the biggest supplier. Coca-Cola group has 11 actual bottling companies in Japan, and their market share was 28% in 2013. Suntory (2nd place), Asahi group (3rd) and Kirin group (5th) sell alcoholic beverage also. This figure does not include alcoholic drink. 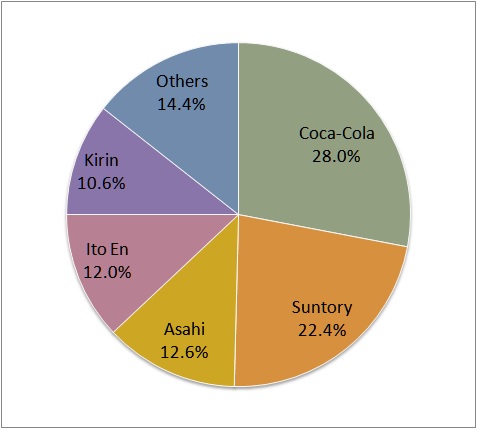