There are many cheap restaurants which serve Gyudon (beef bowl) in Japan.

Gyudon is a Japanese dish consisting of a bowl of rice topped with beef and onion simmered in a mildly sweet sauce (following image). 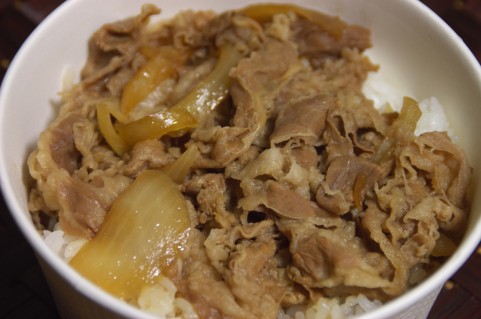 Gyudon restaurants exist everywhere in the town like a coffee shop.
Nikkei newspaper estimated the 2013 market share of gyudon restaurant in Japan. According to it, Sukiya occupied a half of the market share. As of 2014 September, Sukiya runs 1,981 gyudon shops. Yoshinoya has 1,195 shops (2014 Sep). Matsuya opens 1,039 restaurants.
The total sales of 2013 were 355 billion yen (3.3 million dollars, 2.6 million Euro). 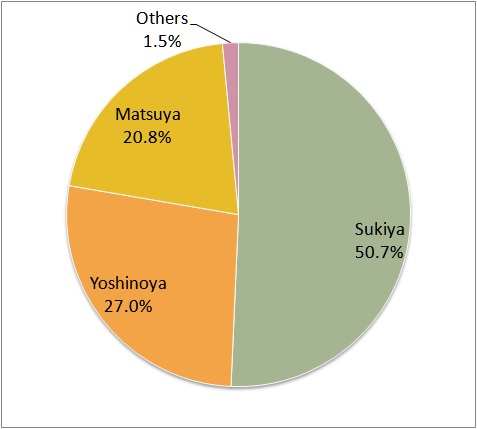