IDC Japan reported the 2013's market share of server computers in Japan. According to it, both of Fujitsu and NEC got the highest ratio 20.6%. IBM was the third place.

In 2012, the top vendor was Fujitsu, followed by IBM, NEC. Last year NEC had caught up with Fujitsu from the third place. 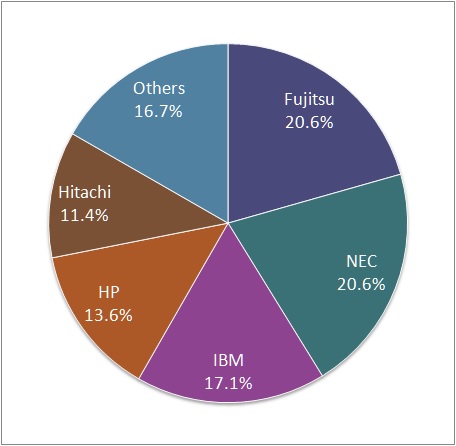