Japan is dependent on imports for LNG. TEPCO is one of the biggest importer of LNG in the world. TEPCO imported 24,088,000 tons of LNG in 2011. This volume is 10% of the total volume, which was traded worldwide. 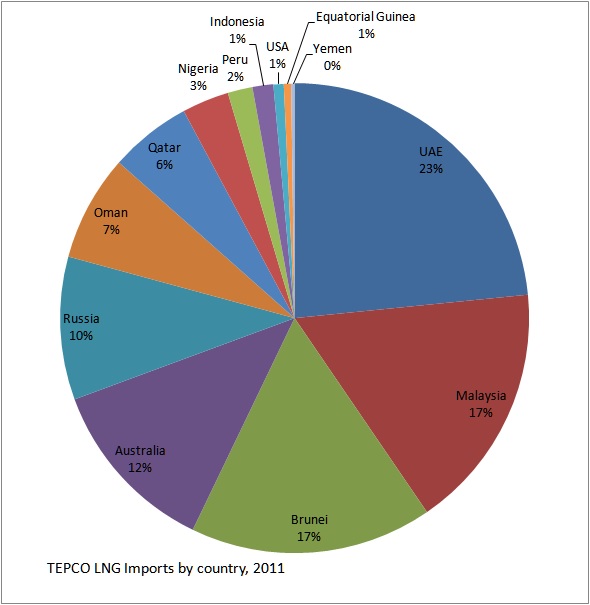