Crude oil production in Japan is very few. 687,526 kL of oil was produced in 2013. But it was less than 1% volume of the total yearly oil consumption in Japan. Approximately 60% of Japan-made oil is produced in Niigata prefecture. 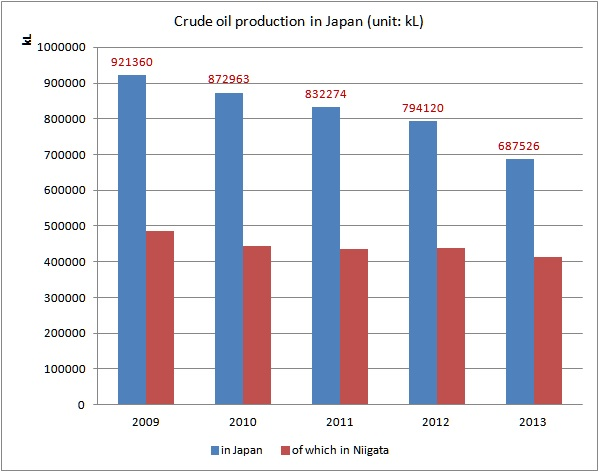 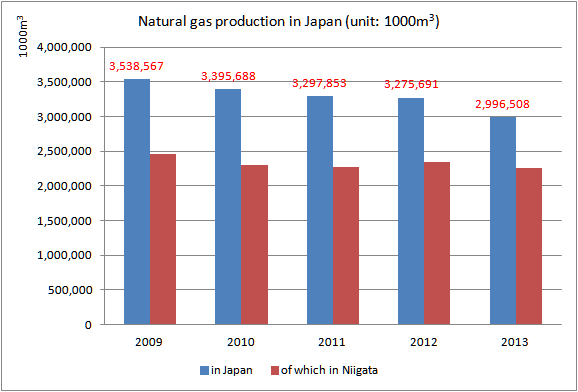