According to the police data, 4373 persons were killed by car accidents in 2013. The number of victims decreased by 38, comparing with 2012.

There are two statistics of "motor vehicle deaths". One is conducted by Ministry of Health, Labour and Welfare. The other is conducted by the police.  The Ministry's figure is always greater than the police data. Because the police counts only the deaths within 30 days after the accident. So more than 4373 persons died by car accidents last year actually.

The following figure and table show the number of motor vehicle deaths by prefecture in 2013 (police data).

Figure: Motor Vehicle Deaths Per Million By Prefecture In 2013 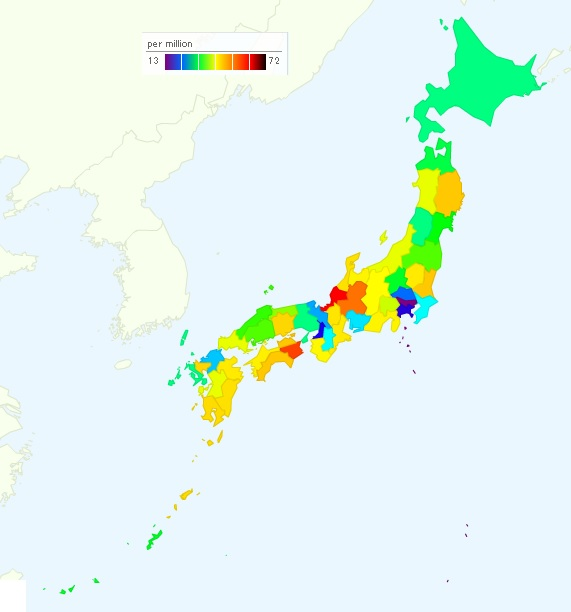 Big cities are safer than the countryside.