Top > Danger > What Gun is Used in Japanese Crime Scene?

Keeping gun is illegal in Japan. If you had a gun, you would be arrested and the police would seize your gun. Last year (2012) Japanese police seized 309 real guns. Here are the statistics of what gun was seized from 2008 to 2012.

The graph below shows the breakdown of 2012. 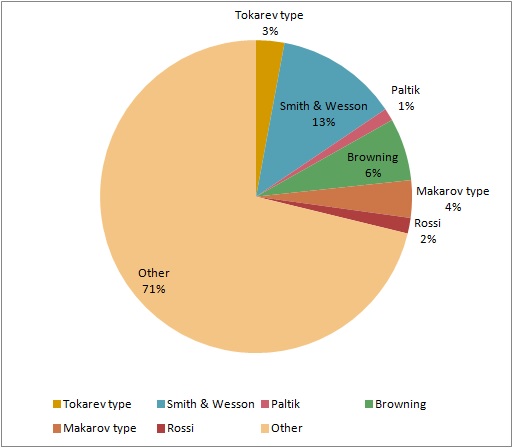 The following shows the number of guns by country of origin. 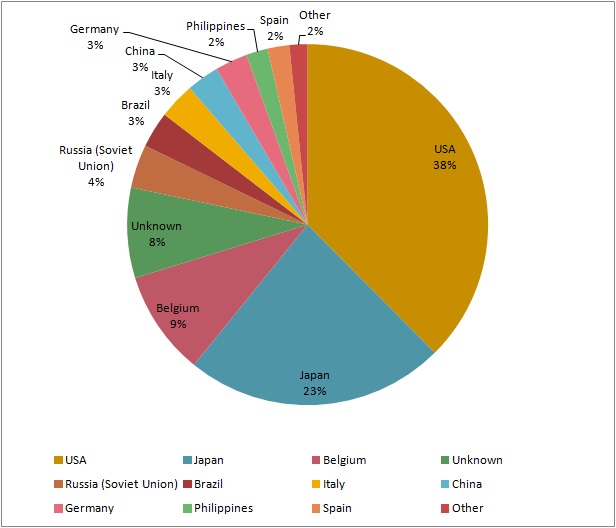 A gun made in Japan means a military gun which was made before World War II.