Nikkei newspaper estimated the 2015 market share of supermarkets in Japan. According to it, Aeon was the biggest chain followed by Ito-yokado, Uny, and Life. The industry-wide total sales of supermarkets were 19 trillion yen. The sales increased by 4.1% in comparison to 2014. 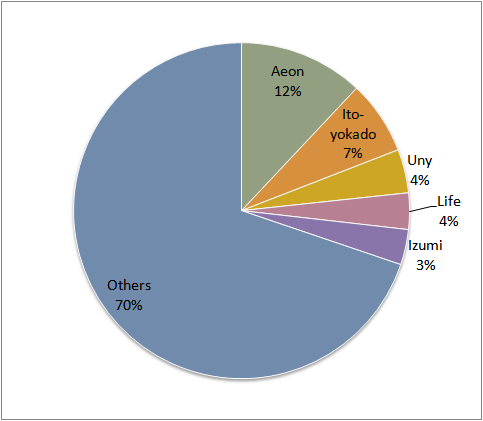