Nikkei press estimated the 2013 market share of electronic money card in terms of the transaction number. The total number of transactions was 3.57 billion in 2013 financial year.
Nanaco card run by 7-eleven and Ito-Yokado was the top. 2nd place WAON card is run by another supermarket Aeon. 3rd place card, Suica is a train pass managed by JR East Railway. 4th place Edy card is run by an online mall Rakuten. 5th card Pasmo is also a train card which is used among train companies around Tokyo. 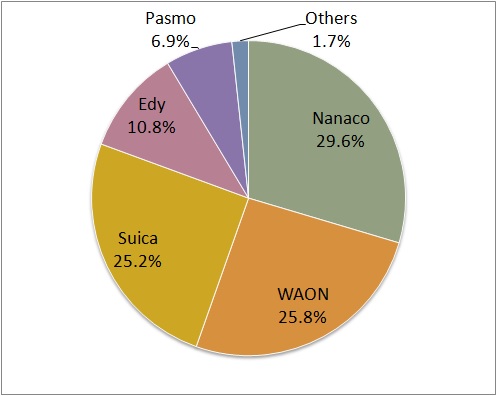 « Trend of College Going-rate in Japan, 1… Ratio of Students Who Have Allergy, in … »
Profile