Shinjuku is the busiest station in Japan. 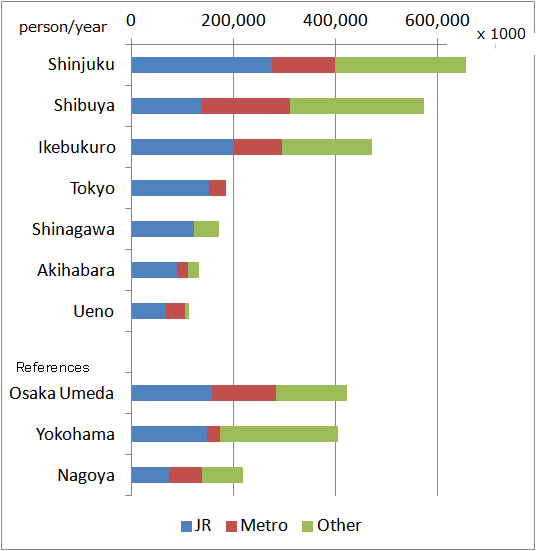 Others: Companies except JR and metro

« Number of Foreign Tourists in Tokyo, 20… Number of the Internet Users (Contracto… »
Profile