According to a research by an ad agency Dentsu, the total advertising costs were 6171 billion yen ($58 billion, 53 billion Euro) in Japan in 2015. It means, 6171 billion yen were spent for advertising in a year. The following data show the breakdown of the ad costs by the media. 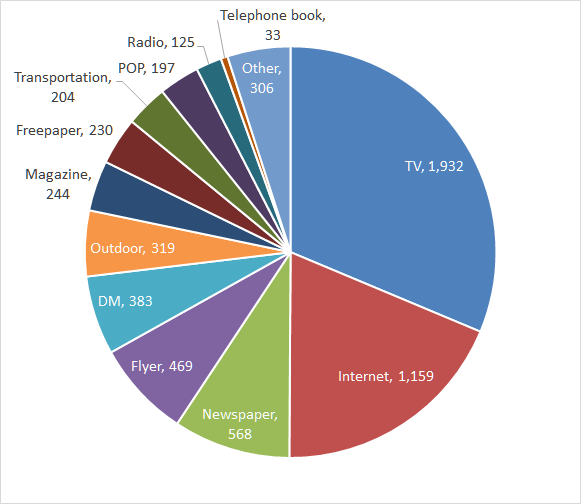 « My Daughter Got 101 Pokemon Characters … What Football Club is Popular in Japan,… »
Profile